Something new for me

No, not bashing the Seattle Times. I’ve been known to do that a from time to time. What was new for me was rolling out a coordinated Twitter rant, or thread if you will, on this incomprehensibly biased piece of reporting at the Seattle Times.

I was really surprised about how hard it was to prepare and how nervous I was about posting it. Have a look, leave a comment and retweet!

This is the most brazenly biased piece of so-called reporting I ever remember seeing in the @SeattleTimes. Stay with me.https://t.co/utQrF5loTZ

If Trump is so bad…

Why does the media feel the need to make him seem even worse? 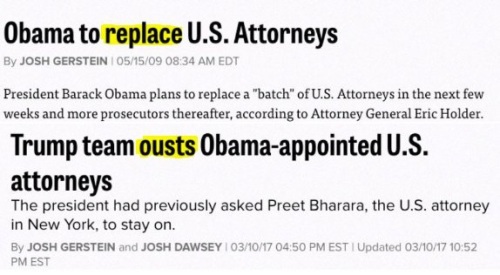 Obama “replaces,” Trump “ousts.” Got it.

To Sum It Up

Yesterday I posted about the efforts of ABC News to shape the narrative of the Trayvon Martin case. Today, someone sent me this graphic that sums up the news media’s treatment of the case. And just about every other news story, for that matter. 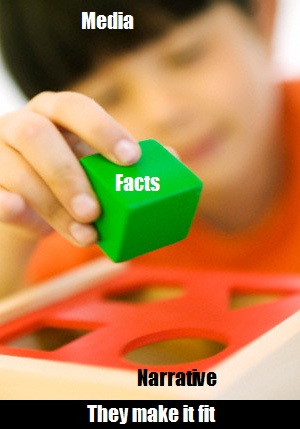 Thanks to @cflancop for the perfect graphic.

Leave It To The Times

Regardless of the fact that a mob of 500 baseball bat and crowbar wielding longshoremen stormed the port in Longview, Washington, took and held hostages, cut brake lines and dumped grain, the Seattle Times has chosen to illustrate the story with photos and captions depicting law enforcement as the aggressors and the longshoremen as peaceful protesters. One photo, depicting a protester standing on the tracks in front of a locomotive, is clearly intended to evoke memories of Tianamen Square or maybe Washington State’s liberal darling, Rachel Corrie.

To be fair, the Times news article covering the disturbance reported the facts much as I’ve recounted them here, relying on their bevy of low-information readers to skip all the nasty words and head straight to the photos.

Non-News In The Public Interest

House Republican Whip Eric Cantor, a rising star in the Republican party, has been a prominent voice demanding accountability in how the government doles out hundreds of billions for bank bailouts.

“I think most American taxpayers now are sort of scratching their head,” Cantor told CNN in December, “wondering when all this bailout stuff is going to end. And probably thinking, ‘You know, when is my bailout coming?'”

This Thursday, Cantor cast a high-profile vote opposing release of another $350 billion in bailout funds. Unpublicized until now was a recent development: The Treasury Department used $267 million of taxpayer funds to buy preferred stock in a private banking company that employs Cantor’s wife.

Why is this news?

I can understand that if Cantor had voted for the release of additional TARP funds and if he could have known in advance how the funds would be distributed and if he had the ability to direct the funds why this might be construed as a conflict of interests. But none of that is true.

In my opinion, that makes this a non-story, which becomes apparent to anyone who reads the entire article. However, for those who read just the headline and possibly the first paragraph or two, the clear implication is that Eric Cantor is guilty of some kind of shady dealings to benefit his wife’s employer.

Of course, as professional journalists, Aram Roston and Paul Kiel should know that. By choosing to publish this non-story as news, Roston and Kiel reveal their bias and make the choice of headline all the more revealing. Pro Publica’s tagline of “Journalism in the Public Interest” makes it all the more disappointing.